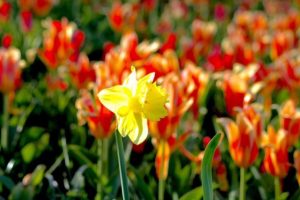 Current Trustees of the Management Committee as at 27 November 2019 are as follows:

You can contact the partnership via their email: keith.pounder@hotmail.com

What is the Partnership about?

Quarrington Hill, part of Coxhoe Parish, is a former mining village situated approximately 6 miles east of Durham City, with a population of approximately 680 of which 174 are under the age of 19 (Source 2001 Census). The village has just over 320 houses, with planning permission already approved for a further 14 new homes to be built.

The local Primary School is situated half a mile from the village and is shared with the neighbouring village of Cassop. The school was voted Britain’s greenest at the National Teachers Awards 2007, after securing the top honour in the first ever category for the most sustainable school.

However the village suffers from many of the difficulties experienced by such small rural communities with the Index of Deprivation indicating Quarrington Hill to be amongst the top 15% of the most deprived areas.

In 2004, as part of the Coxhoe Parish Appraisal and Parish Plan 2004/2010 the residents of the community were encouraged to raise issues on the current state of the village and how they could move forward in an effort to improve the quality of life for all the inhabitants. There was a 57% response to the Questionnaire, the results giving a significant indication on how the village should progress.

As a result of the Parish Plan Quarrington Hill Village Partnership was formed in October 2005 consisting of volunteers from within the village. Registered Charity status was achieved in February 2007 (Charity Number 1117966).

The Charity’s objectives are:

‘To promote the benefit of the inhabitants of Quarrington Hill and the surrounding areas, without distinction of sex, sexual orientation, race, or of political, religious or other opinions by associating together the said inhabitants and the local authorities and voluntary organisations in a common effort to advance education and provide facilities in the interests of social welfare for recreation and leisure time occupation, with the object of improving the conditions of life for the said inhabitants’

What projects have they been involved in?

However the major project the Partnership is involved with was to obtain sufficient funding to provide the children and young people of the village with a new and innovative Play Park. Over the years the Partnership has received assistance and support from Durham County Council, Durham City Council (now superseded by the new Unitary Authority), Coxhoe Parish Council, East Durham Rural Corridor Area Action Partnership and Durham City District Council for Voluntary Service. They are forever grateful for this help.