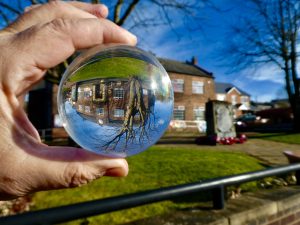 What was Parish Plan 2?

Parish Plans are a non- statutory documents and are more to do with the provision of services and setting Parish Council priorities rather than land use planning. Coxhoe Parish Council’s second Parish Plan (PP2) was ‘adopted ‘on 5 September 2012. The Parish Plan is a document which aided Coxhoe Parish Council to deliver its priorities, deliver its services and carry out its responsibilities over a five year period, from September 2012 to August 2017. The Parish Plan was produced on the basis of listening to the views of the community. The Plan had developed priorities as part of such community engagement. It includes both policies and proposals. It replaced the original Parish Plan which was approved back in 2005.

Within the Plan were a number of planning policies which were used by the Parish Council to respond to consultations on planning applications and other planning proposals. The plan is not a statutory planning document and the Local Planning Authority remains Durham County Council which are the consulting authority. However, the established policies assisted in informing the community and developers alike as to what likely stance the Parish Council will take where planning proposals came along.

The proposals within Parish Plan 2 were expanded upon in the two Action Plans that accompany the main document. These give details of the steps that would be taken to achieve the proposals and include details of who was responsible for delivering them. There was an Action Plan for Coxhoe and a separate one for Quarrington Hill. These were used by the Parish Council to monitor and review the delivery of Parish Plan 2. The Parish council considers that Parish Plan actions were fundamentally achieved

What was the main thrust of the Parish Plan 2?

The main thrust of Parish Plan 2 has been the need to ensure sustainable futures for important community facilities such as the Active Life Centre, Coxhoe Village Hall and Quarrington Hill Community Centre. While a lot of work has already been done in terms of the Leisure Centre there is still a lot of work necessary to secure the sustainable futures of this important community facility as well as the other two community hubs in Coxhoe and Quarrington Hill.

There are significant environmental policies, particularly in Coxhoe with a significant array of policies and proposals across a range of priorities to enhance the centre of the village, This includes proposals for improvements to the village green and rationalisation of parking.

View the main document and the Action Plans below:

How was Parish Plan 2 developed?

At their meeting on 5 September 2012 Coxhoe Parish Council ‘adopted’ their second Parish Plan known as Parish Plan 2. The aim of the Parish Plan is to make the local environment, including the two villages of Coxhoe and Quarrington Hill, more attractive and pleasant places to live and work. Places where people would want to live now and in the future.

In producing the plan Coxhoe Parish Council worked with the two Village Partnerships and took advice from a number of sources including Durham Rural Community Council and Durham County Council. A Steering Group was formed with representation from elected members as well as residents from the local community.

The first consideration in putting the plan together was to ensure that the community engagement process was inclusive, representing the views of residents of all ages from across the parish. It was also identified that informing the community of what was happening was important. To this end there were regular reports in the community newsletter, and information leaflets were produced and circulated to every household and different stages during the plan preparation process.

A variety of consultation methods were used, a household questionnaire, community engagement events and involvement with the youth room. Community engagement events were held at the start of the plan preparation in early Spring 2011. At that stage an information leaflet was provided to all households on the achievements of the last plan and raising awareness of the new planning process. A full and comprehensive Household Survey, including an on-line version was carried out in June and July 2011. Exhibitions were held on Household Survey results towards the end of 2011 and all households were provided with a summary of the results at that time. Volunteers were engaged in developing action plans. Coxhoe Parish Council agreed a Draft Plan for Consultation in April 2012. A six week consultation was undertaken on the draft plan between June and August 2012. Community engagement events publicising the policies and proposals were held in both villages at the start of the process. A summary document was circulated to all householders.

Coxhoe Parish Council considered all representations received and agreed to ‘adopt’ the plan at its meeting on 5 September 2012.

During the plan preparation process there were regular updates in both the Coxhoe Chronicle and the Quarrington Hill Newsletter. In addition the Coxhoe Parish Council’s Community website was also regularly updated.

Find out more about  Planning for 2010 and Beyond