Coxhoe Parish Council - Telephone: 0191 377 3658
You are here: Home / Council Communications / Consulting our Communities / Consultation on GP Surgery and land behind the front street 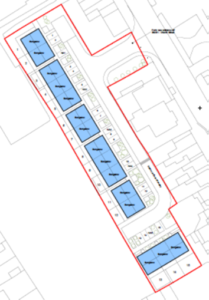 Does Coxhoe need a new GP surgery off the Front Street?

Since our last edition of the Chronicle, we were sad to learn that Believe Housing withdrew their interest from the site and the proposed development of flats.

No other Registered Social Landlords were interested in the proposed flats development, however another one is interested in building out the site with 15 bungalows, or ten bungalows with a doctors’ surgery.

Another is interested in building ten bungalows and eight terraced houses on the doctors’ site, but this does not fit with the results of the previous residents’ consultation carried out by Coxhoe Parish Council. 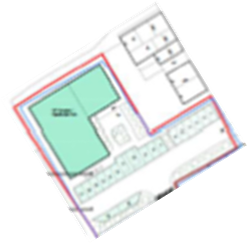 Village Hall. Those discussions continue with the CCG, largely around the residual value of the old site.

As a new road would be constructed behind the existing Front Street shops and houses, this appears to present an opportunity for those businesses and houses to be able to access the rear of their properties and potentially additional parking.

To see other consultations, please visit our Consulting our Communities page.

Thank you to all who took part. The results are summarised below.

Consultation on GP Surgery and the Front Street survey results

Does Coxhoe need a new GPs surgery off the Front Street?
Yes 175
No 37
Abstained 5

(a) Should the Parish Council include its adjoining land with the developers land to enable building of 10 bungalows for rent?
Yes 154
No 60
Abstained 4

(b) If the CCG and GPs decide not to join the scheme, do you think houses should be built on the Old School or another 5 bungalows for rent?
Houses 27
Bungalows 180
Abstained 11

(c) Should this development help fund improvements to the adjoining Coxhoe Churchyard such as upgrading of and new paths, fences and potentially a memorial garden for burying ashes?
Yes 199
No 14
Abstained 3