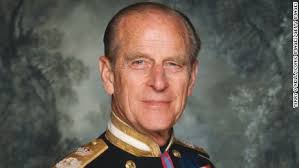 It is with great and deep sadness that we acknowledge and come to terms with to the death of Prince Philip, Duke of Edinburgh

Born on 10 June 1921, Philip was born into the Greek and Danish royal families. He was born in Greece, but his family was exiled from the country when he was an infant. After being educated in France, Germany and the United Kingdom, he joined the British Royal Navy in 1939, aged 18. From July 1939, he began corresponding with the 13-year-old Princess Elizabeth, whom he had first met in 1934. During the Second World War he served with distinction in the Mediterranean and Pacific Fleets.

After the war, Philip was granted permission by George VI to marry Elizabeth. Before the official announcement of their engagement in July 1947, he abandoned his Greek and Danish royal titles and became a naturalised British subject, adopting the surname Mountbatten from his maternal grandparents. He married Elizabeth on 20 November 1947. Just before the wedding, he was created Duke of Edinburgh, Earl of Merioneth and Baron Greenwich. Philip left active military service when Elizabeth became queen in 1952, having reached the rank of commander, and was formally made a British prince in 1957.

Regrettably, due to coronavirus restrictions we are unable to set up physical books of condolence at this time. However, an online book of condolence is available to sign at the website of the Royal Family.

Out of respect, the Union Flag in Coxhoe Village Hall Memorial Garden is being flown at half mast.

The Period of National Mourning will continue until 8pm on Saturday 17 April, the day of the funeral of the Duke of Edinburgh which will start at 3.00pm at St Georges Chapel, Windsor Castle. There will be no lying in state but there will be a one minute silence at 3.00pm on 17 April. 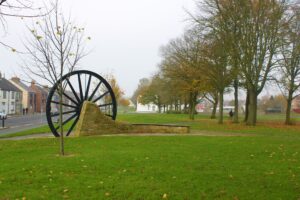 The Parish Council has called an extraordinary meeting to discuss the potential of CCTV (closed-circuit television) in Coxhoe. The agenda for the Extraordinary Meeting of Coxhoe Parish Council  on 19 November 2020 is available. The meeting will be held online. Please click on the link to view and download the agenda. 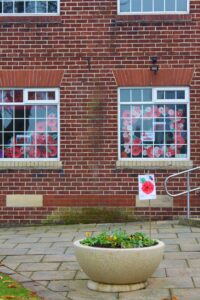 This year, we are not able to hold the usual commemoration events in our villages. Keeping our communities safe is paramount.

Whilst a minister will lay a wreath on Remembrance Sunday at 11:00 in Coxhoe and follow the Act of Remembrance observing two minutes’ silence, we, and many other communities reluctantly are asking you to Remember from Home, and, respectfully, please do not come to our War Memorials at 11:00.

If you wish to pay your respects, we ask people to please stagger visits across the days around Remembrance. We have worked with Coxhoe Village Hall and Coxhoe Primary School to make the poppy display pictured left, at the Village Hall, and the flagpole features a special ‘Lest We Forget’ flag. Thank you to everyone involved.

Instead, please try to display a poster and Remember from your home or your doorstep at 11.00 on Remembrance Sunday.

You may wish to recite the Act of Remembrance at home or on your doorstep at 11:00:

They shall grow not old, as we that are left grow old:
Age shall not weary them, nor the years condemn.
At the going down of the sun and in the morning
We will remember them.

When you go home, tell them of us and say,
For your tomorrow, we gave our today. 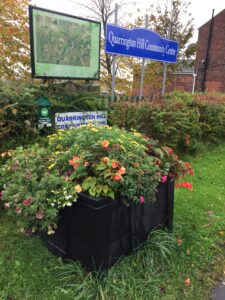 The Draft Minutes of the Monthly Meeting of Coxhoe Parish Council on 7 October 2020 are now available online. Please click on the link to view and download. 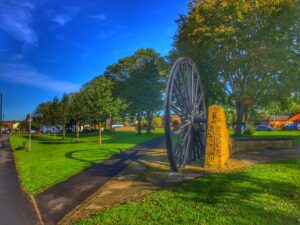 The Press and Public are very welcome to ‘attend’ this meeting. However, due to the current Government measures for Covid-19 the Parish Council will meet virtually using ‘Zoom’ as this meeting cannot be held in public.

If members of the press or public wish to attend to make a statement or raise a question, the meeting can be accessed through the link in the agenda.

You can access a copy of the agenda from the following link: 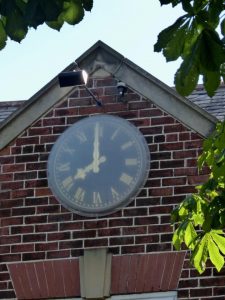 The Agenda of the Parish Council’s Extraordinary Meeting  on 27 October 2020 is now available.

The meeting will be held online. Please click on the link to view and download the agenda and a link to the meeting. 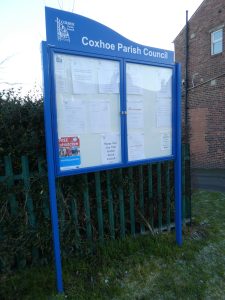 A vacancy has arisen in the office of Parish Councillor serving the Quarrington Hill Ward.

We have started the process of filling the post by posting a formal public notice to determine the way in which a new Councillor may be appointed.

Notice is hereby given that due to the death of Keith Pounder, a vacancy has arisen in the Office of Councillor for the Parish Council.

If by 3 July, 2020 (14 days after the date of this notice) a request for a by-election to fill the said vacancy has not been made to:

by  ten electors for the said Parish (Ward), the vacancy will be filled by co-option.

Where ten valid requests for a by-election are received by the Proper Officer then under the provisions of the Coronavirus Act 2020 and The Local Government and Police and Crime Commissioner (Coronavirus)(Postponement of Elections and Referendums) (England and Wales) Regulations 2020 the by-election will not currently take place.  The vacancy will be held open until the by election takes place. The 2020Regulations  provide for the by election to take place on the date for the Ordinary Election of Councillors due to be held on Thursday 6 May 2021. However, this date may be brought forward or deferred by the Government depending upon the circumstances. Any Election that is in due course called will be duly publicised as required by law.

You can view the Councillor Vacancy notice dated 15 June 2020 (which is provided by Durham County Council). 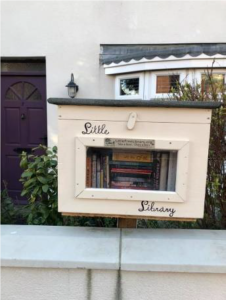 A Coxhoe resident has set up Coxhoe’s Little Library and it is acting as part of their contribution to helping people out in Lockdown. It is situated outside of  7 Linden Terrace, Cornforth Road as shown on the photograph on the left.

It may be small in size but it is free,  has self-access and  has a wide range of books to suit all ages and tastes. Drop by any time to pick up a book. The Little Library exercises its own strict coronavirus protection regime.

The Little Library is partnering with Coxhoe Village Hall’s Reading Room and Coxhoe Parish Council to improve its offer at a time of difficulty. Coxhoe Little Library will continue to operate as usual but by working together, there is e a new expanded offer too. There is a ‘Ring and Reserve, Deliver, Collect, Return or Donate service ‘ from Coxhoe Village Hall, Tuesdays and Thursday 2.00 pm to 4.00 pm

Although this service is only operational at these times  you can ring Coxhoe Village Hall anytime on 0191 377 0344 and leave your name, a message and your telephone number and we’ll ring you back to arrange getting a book of your choice, if available, to you. Coxhoe Parish Council may be able arrange delivery to isolated people through Coxhoe Cares Community Response Volunteer Scheme.

Find out more on the Little Library Coxhoe Facebook page 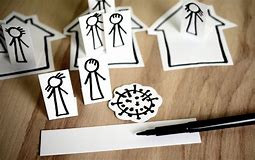 We are looking at sharing some ‘care parcels’ with some residents in the coming weeks. This as of part of our Coxhoe Cares Coronavirus Community Volunteer Response initiative.

We will be providing further details of this in due course. We will be asking  people to nominate people who are self-isolating or alone and would appreciate support.

We think it would be great if we could include some goodwill letters, cards or pictures from children and young people in the care packs. We are therefore asking children and young people to handwrite a letter, card or p and deliver it to us. The letter should give their first name and age. They could include a picture, or some information about what they like to do or cook or eat or their favourite place in the village? They could include a message to stay safe and a rainbow design. Perhaps the messages could show that the people who the care parcels are directed at are not alone. They could show that the community is thinking of them and supports them. Other ideas are of course welcome.

It would be a wonderful gesture from our young people.

The letter, card or picture  should give the child’s first name and age.

We would like to receive the messages the village hall before Monday 18 May in order that we can add them to individual care packages.

We hope our community can support this initiative. If you have any questions please contact Claire at clerk@coxhoeparishcouncil.gov.uk 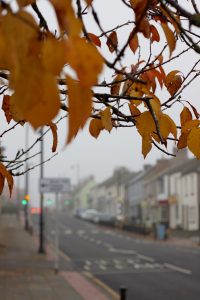 Durham County Council have advised that essential road lining works are to take place on Tuesday 3 December and Wednesday 4 December.

Works will commence on Tuesday or on Wednesday in the event of poor weather. This will cause some disturbance to parking and vehicular movement on the Front Street between the hours of 7.00 am and 4.00 pm.

The County Council advise that temporary restrictions will be put in place to ensure that the lining company can carry out their tasks. They further advise that anyone failing to remove a vehicle during the restrictions or otherwise causing a disturbance that offending vehicles may be removed. The lining will take place on most of the stretch of the Front Street from the mini roundabout to the traffic lights.

This is a County Council issue and any comments or queries ought to be addressed to their highways section.