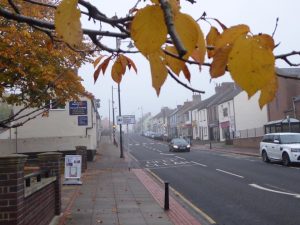 Coxhoe is a now a reasonably thriving village.

The village has a range of facilities including a primary school, doctors and dentists surgeries, a district leisure centre with associated play areas and football pitches. It has a good mix of shops largely located in the Front Street. These include bakers, a post office, butchers, a pet store, hardware store, gift and fashion shops and a chemists, as well as  a large Co-operative store. Hot food take away shops and sit down cafes are in an abundance and satisfy any taste.

Coxhoe has a range of pubs and clubs within and on the edge of the village. There is also a good range of hair dressers and a beauty salon. There are three churches within the village, all located in Front Street. There are a range of other businesses including a local taxi company, a community care enterprise, a timber company and a number of garages.

Coxhoe has only limited industrial development. This includes a garden and patio company which makes paving stones and associated goods.

There is a mix of housing choice as all tenures are represented in the village. There was significant new house building undertaken in the late 1980’s with several new private housing estates developed. Since them there has been some small infill sites developed. Recently, more significant development has taken place.

Coxhoe has a village hall in its centre. There are strong and effective community groups within the village. There are several local football teams for all ages including Coxhoe Athletic FC (Wearside League), Coxhoe Working Men’s Club and Coxhoe United. 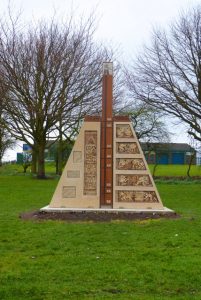 Quarrington Hill is a smaller village, with a shop, a fish and chip shop, a pub and a working mens club. The village has a community centre. It shares a Primary School with nearby Cassop. There is also a small industrial estate with various businesses and a garage business.

Quarrington Hill has only had limited infill development over the last 20 years due to the constrained nature of the village which is set in open countryside.

For further information about the Primary schools please view the following websites:

The latest demographic information for the Parish is in the 2011 census. In summary this shows: