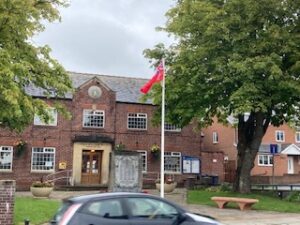 Are you, or any of your family members, a serving or veteran Merchant Seaman or a Sea Cadet?

Coxhoe Parish Council’s flying the Red Ensign for Merchant Navy Day 3 September 2020. Unfortunately due to the current situation we are unable to host an event.

However we look to raise our community’s awareness of our island nation’s reliance on seafarers and shipping. We are supporting the Seafarers UK campaign to fly the Red Ensign on Merchant Navy Day in honour of the brave men and women who kept our island nation afloat during two World Wars. Even during peacetime our Mercanat Navy has faced, and continues to face, the more routine perils of violent storms and mountainous seas. With 95% of our imports carried by ship, including almost half of the food we eat.We also have regular fuel imports and without which the merchant Navy,our power stations would soon close. With more sea ports and harbours and a longer coastline than any other European country, we depend on the Merchant Navy to export over 75% of our goods

Last year’s event was attended by family members and friends of those currently serving in the Merchant Navy, as well as County Councillors; Parish Councillors, Coxhoe Scout Group and members of the public

We hope we will be able to host an event next year so if you are interested in being involved, or would like to know more then please email us at angela.searle@coxhoeparishcouncil.gov.uk